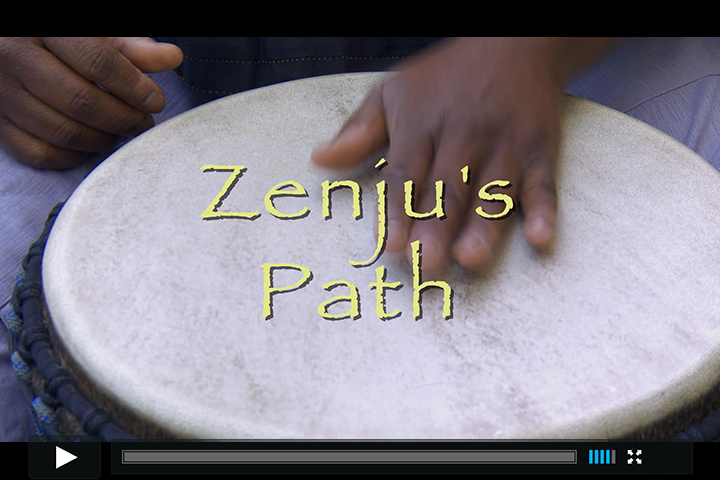 What’s Buddhism got to do with Black people anyway? ZENJU’S PATH explores this question through the life & work of Zenju Earthlyn Manuel one of the first African-American female Soto Zen priest in the United States.

The path she follows began through her family’s Christian upbringing and her questioning of it. “When I mentioned to my younger sister that I was exploring being a Zen priest she asked, ‘What’s Buddhism got to do with Black people anyway?’ She knew me as a devout Christian, a courageous warrior of the black civil rights movement. Although the Buddha’s teachings came from the earth of ancient India, I knew the teachings had everything to do with me and with every other suffering living being.”

“Zenju’s Path” chronicles the spiritual odyssey of a remarkable woman, beginning with her family¹s devout Christian upbringing, the pain of racial bigotry and her questioning of both. It is ultimately the story of a dharma teacher who doesn’t suppress the questioning of spiritual practice and tradition:

Zenju uses the drum as a tool, connecting all who suffer, regardless of race or gender to the Buddha’s teachings.”