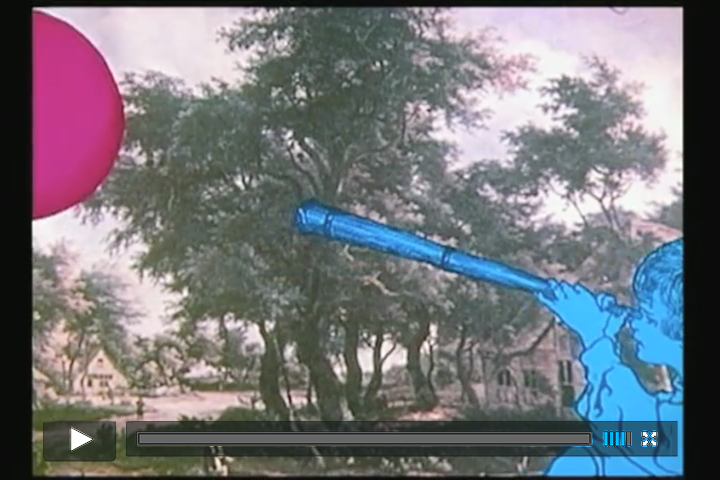 A founder of the American Avant Garde Cinema, Lawrence Jordan has been creating masterworks for over 50 years. Jordan is credited for having created many of the greatest films ever made by cutout collage animation.

Excerpts from Jordan’s phantasmagoric films are celebrated: from teen-age high-jinks in collaboration with Stan Brackage, beatnik-era film poems with Michael McClure and others, culminating with the completion of his longest film by far, Circus Savage (1961/2007-2009), a twelve-hour visual autobiography.

Interviewed while at work in his San Francisco Bay Area studio, Jordan describes the motivation for his films. A playful relationship with Buddhist teachings is observed as he quietly illustrates having based one of his animation films on impressions of The Tibetan Book of the Dead.

“Kathryn Golden and Ashley James’s loving nonfiction portrait of the venerable maestro of the collage film, serves as an inviting curtain-raiser.”